Faith and Reason. Imagine That. 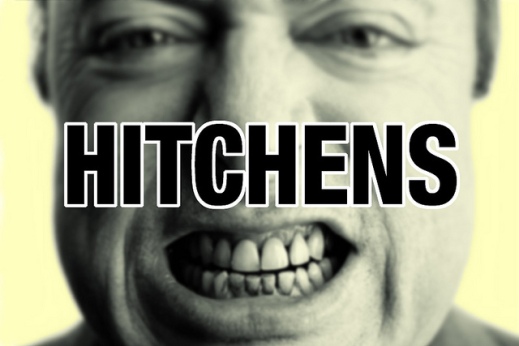 I recently watched a documentary covering an ongoing debate about the existence of God between a Christian pastor and a well-known atheist, filmed in bars and lecture halls (I’ll place a link towards the end.) It was fascinating, and one of the most candid films about faith I have seen. The pastor is Douglas Wilson. The atheist is Christopher Hitchens.

If you haven’t heard of Christopher Hitchens, you need to fix that problem. Like now. He is one of the most notable anti-believers of this generation. The dude is a rock star. He’s the author of over a dozen books, all of which continue to sell strongly even after his death; he lost a battle to cancer in 2011. Still, his influence only grows. There are websites dedicated entirely to his quotes. It’s remarkable.

Let me make sure we’re clear, I am not a Hitchens fan. I believe in the God he spent most his life trying to erase, but it would be foolish to ignore his words.

It’s rather easy to dismiss an atheist who just spouts off things like, “Oh yeah. God’s real, huh? Prove it!” You know the people I’m talking about; they don’t believe in God, but they sure do hate him, and think you should too. Hitchens isn’t that guy.

He’s eloquent, a well-educated man who knows more about the Bible than some preachers. He’s quick-witted. I’ve heard him slaughter theologians in interviews and debates to the point of embarrassment. His arguments are full of historical context and scientific reason.

So, why am I giving credit to an atheist on a blog dedicated to God and culture?

This man represents a generation of thinkers committed to the obliteration of religion. They are forcing the world to stop and think. Their views are flawed, but strong, and the existence of God is no longer a given.

Kiddie pool Christianity is not going to work anymore. Engaging non-believers will take more than a memorized verse, as many see the Bible as an unreliable source. So, to simply quote scripture is not very effective. It is important to show how the Bible informs universal truths and remains relevant in every context. That takes some work and study.

Christianity is deeply emotional. So, many believers rely on appeals of the heart to share faith with others. This is fine. Beautiful even. But not everyone responds to that. God has given the mind as a tool to sharpen and fill with knowledge. The wonder of Christ can be communicated with intelligence and clarity, and thankfully there are strong voices involved in the conversation.

Timothy Keller is a great example. If you have not read The Reason for God you need to fix that problem here. The man is a genius, like next level. The works of men and women like Ravi Zacharias and Elyse Fitzpatrick are fine choices as well.

The point is, Christians need to study the questions of the culture to better serve people with the gospel. Often, we are answering questions that no one is asking anymore.

Ultimately, it is the Spirit of God who transforms hearts and opens eyes, but He has given believers a mandate to share the truth. The message of the cross will always be foolishness to some (1 Cor. 1:18), but we don’t have to be foolish in our methods.

Collision is a good illustration of how this can play out. Hitchens brings tough questions and strong arguments (pay attention), and Doug Wilson responds with faith and reason. It isn’t one-sided, and there is no obvious agenda from the filmmaker. It’s just two men passionately defending what they believe and we get to sit back and watch. It’s pretty funny, too. View the full documentary on You Tube by clicking the link below.

What do you think?