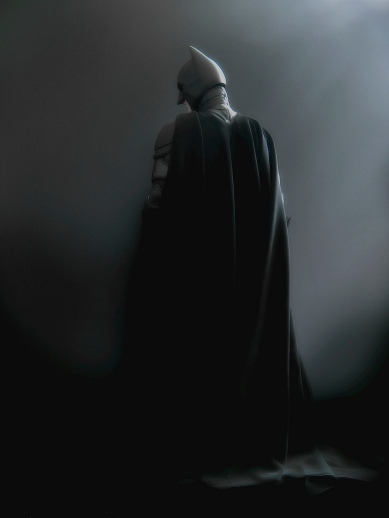 The time has come. After years of hiding in the shadows, the Dark Knight is finally rising. Seeing how this is [theo]culture, a blog dedicated to revealing the thumbprint of God on every area of the human experience, I could take this time to talk about the biblical symbolism in the film.

I could talk about how Gotham City is an example of the depravity of man and the effects of sin.

I could show how Batman is a picture of Christ, in that he leaves the comforts of infinite wealth and humbles himself in servanthood for the rescue and salvation of mankind, only to be rejected and vilified, and yet he comes back to save the same people who pushed him away. (Wow, that was a long sentence.)

But thats not what I want to talk about. I haven’t even seen in yet. This is just a simple declaration of how amped I am. I’m more excited than this guy… 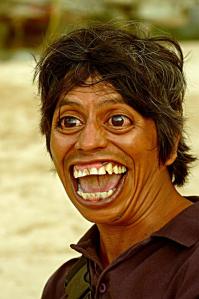 I love the Batman mythology, always have. Right now, in a box somewhere there is a VHS of my brother and I dressed as Batman and Joker, chasing each other around the house with the original theme music playing in the background. It’s magical. You’ll probably never get the chance to see it. Just know that I played a pretty convincing villain at five years old.

I grew up watching the movies. I jumped on board with the Michael Keaton Batman, which was awesome, and stayed all the way through Kilmer and Clooney, which was somewhere on the other end of that spectrum.

Don’t get me wrong, I love the overacting of Jim Carrey and Terminator On Ice with Arnold Schwarzenegger as Mr. Freeze. I just think they were a bit cartoony.

After all, movies based on comic book characters should be taken more seriously.

And that’s what I love about Christopher Nolan’s take on the story. He brought a gritty, realistic edge that makes Gotham City feel like a real place. The Bruce Wayne in his version isn’t a larger than life hero, spouting off cheesy one-liners as he smashes bad guys in the face. He is a conflicted man who sometimes wonders if he is doing more harm than good. He struggles to protect strangers, trying not to endanger those closest to him in the process.

The last two films were amazing. I loved everything about them. Well, except for the Bat Voice used to protect Bruce Wayne’s identity.

But that aside, I can’t wait to see The Dark Knight Rises tonight. It’s the last of the Nolan trilogy, so I’m sure it will not disappoint.

What do you think about the Nolan Batman films? Jump in on the comments below.

Error: Twitter did not respond. Please wait a few minutes and refresh this page.